Businesses must now get serious about climate change disaster preparedness 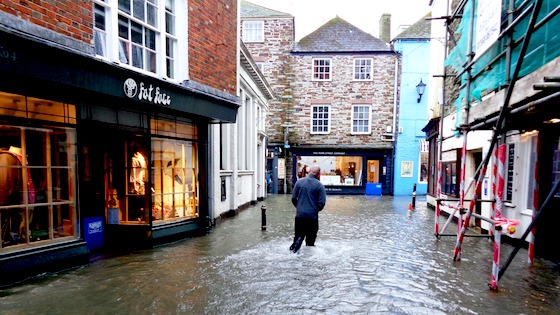 By investing in climate resilience businesses can unlock a ‘triple dividend’ that can protect their workforce and save money, new research suggests. Despite this, the current level of investment in climate change related disaster risk reduction is very low, leading to a stockpile of unmanaged climate risk that threatens to undermine business competitiveness.Last week a global cyber attack affected organisations from dozens of countries around the world. The attack used a hacking weapon that was developed by the US government’s National Security Agency (NSA). In effect criminals stole an NSA hacking weapon and used it against businesses, hospitals and other governments. It is little wonder then that by 2020 the International Data Corporation estimates that globally, businesses will spend over US$ 100 billion per year on cybersecurity software, services and new hardware.

Responsible companies know that a serious hacking event can cause potentially irreparable damage to their operations and reputation, they are adept at identifying risks to their operations and taking action to minimise them by putting in place defences, contingencies and recovery plans. Unless of course, we are talking about climate change. A huge stockpile of unmanaged climate risk is being accumulate and businesses are leaving themselves exposed by failing to prepare for climate-related disasters.

For those working on climate change issues the US$ 100 billion spent on cyber security will resonate. It is the same figure as the UN’s target for total annual climate change spending (for both carbon cutting and adaptation to climate impacts) from both public and private sources. The actual amount being spent on climate change adaptation is hard to identify exactly, however in 2013 the UN estimated that total available public commitments stood at US$ 26 billion, leaving a substantial gap in adaptation finance (see graph below). For businesses this gap should be a big concern.

The infrastructure on which business relies is not ready for the climate of today, never mind the climate of the future, and most planning decisions are still made assuming we live in a stable climate. The current levels of investment in climate resilience are simply insufficient. Without investing in disaster protection plans and in the many adaptation measures companies engaged in activities from finance to farming are leaving the door open to critical levels of risk.

In 2016, the insurance giant Swiss Re estimated that financial losses from disasters globally amounted to over US$ 158 billion and cost 10,000 lives. Companies recognise that in order to protect their staff and assets, they must prepare, but few are taking the steps necessary to fully understand their exposure to climate risks, many of which will affect them indirectly through their supply chains.

Major climate disasters such as Hurricanes Katrina and Sandy have brought the scale of the risk into sharp focus for some companies, and there is a growing demand from companies for backup services in case of such disasters. Speaking at a webinar for the International Center for Climate Governance, Swenja Surminski, a senior fellow at the London-based Grantham Research Institute on Climate Change and the Environment explained that that despite the known cost savings, “we are outspending on recovery and response, the post-event funding … than on prevention and ex-ante anticipative management and this is really a problem”.

Surminski has recently released a book entitled “Realizing the Triple Dividend of Resilience”, which makes the case that investing in resilience can deliver a triple-whammy of benefits to businesses.

Understanding all three dividends of resilience and incorporating them into planning and decision making processes is critical for strengthening the business case for investment. Avoiding loss in case of disaster can be seen as the primary function of disaster risk management investments. However, the other two benefits identified in the book are often overlooked.

Benefits falling into the second category include improving the entrepreneurial environment and increasing confidence in investment by lowering the threat of losses from disasters. While the third dividend identifies co-benefits of resilience measures beyond just disaster risk. This might include flood embankments that double as roads, or wetlands that reduce urban heat extremes.

Businesses that are concerned about their level of exposure to climate change – especially those with complex supply chains, or that rely on long-lived infrastructure, should be lobbying governments to make climate investment a priority and also integrating climate change into their own risk management plans and procedures. Under-spending on preparedness for disasters, ultimately costs more in recovery costs if the worst happens. 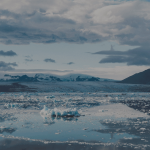 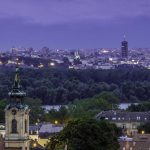 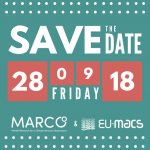