HomeRelated News At the crossroads: A 90 trillion dollar, once-in-a-century opportunity to make the world climate resilient

At the crossroads: A 90 trillion dollar, once-in-a-century opportunity to make the world climate resilient 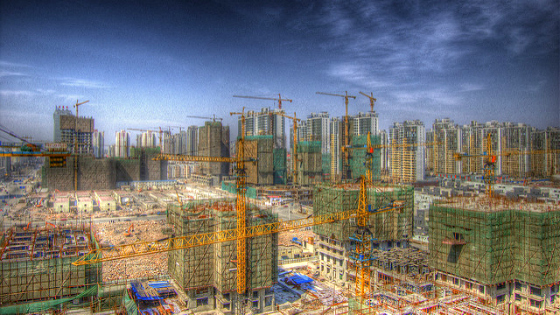 31 March 2017 By Chloe Comments are Off Climate, Real Estate

We are at a US$ 90 trillion infrastructure crossroads, according to a new report from the Global Commission on the Economy and Climate. Over the next 15 years, the world will need to spend the staggering sum, more than doubling its current infrastructure stock. The scale of the challenge is huge, but offers a massive opportunity to build climate resilience into the fabric of global infrastructure systems.

Of course, as the report points out, it also means that if the money is invested unwisely governments run the risk of ‘baking-in’ climate risks and contributing to future greenhouse gas emissions. The decisions of governments and planners today are crucial.

Developing countries at the centre of future infrastructure growth

Almost two thirds of the US$ 90 trillion dollars will likely be spent in developing countries and the vast majority will be invested in fast-growing and newly emerging cities. In many of these countries much of the money will be spent on new infrastructure systems, providing a once-in-a-century opportunity to build, low-carbon, climate resilient systems from the start.

“Our action agenda in this report knits together sustainable growth with development gains,” said Commissioner Ngozi Okonjo-Iweala, former finance minister of Nigeria. “It makes clear that the role of governments, the private sector, and development banks varies depending on a country’s stage of development. And it’s an especially exciting opportunity for the developing world, where we are just starting to build fundamental infrastructure, to show real leadership thanks to the opportunities to skip over the inefficient, polluting systems of the past.”

In many developed countries, the infrastructure challenge is different, with much of the current infrastructure stock now ageing and in need of redevelopment or replacement. ‘Retrofitting’ climate resilience will also require significant investment from both the public and private sectors. Importantly, as the report points out, the infrastructure investment cost will not be significantly higher to develop low-carbon, climate-resilient systems, and in the long term, will save considerable sums.

However, raising such large sums of money in a relatively short amount of time, remains a large challenge. The report identifies the main barriers to financing sustainable infrastructure and lays out an action agenda for unlocking the capital required.

“The next couple of decades, and particularly the next two or three years, will be critical to the future of sustainable development,” said Lord Nicholas Stern, leading economist and co-Chair the Commission.

“We can and should invest in and build cities where we can move and breathe and be productive, while protecting the natural world that underpins our livelihoods. We cannot continue with ‘business as usual’ which will lock in high-carbon infrastructure and create further congestion and pollution, while choking off development opportunities, particularly for poor people.” Lord Stern said, “This will require not only better policies but also a sea change in the financial system itself to make it fit for purpose for the scale and quality of investment we now need. The development banks, both national and international, should be at the centre of this: the growth story of the future.”

The report notes that a single infrastructure project can require dozens of financial institutions, all with their own demands, and take more than a decade to build. The cost of project preparation is substantial, typically 2.5–5% of total investment. And the risk-return ratio for sustainable infrastructure is often too high to attract private capital.

“Green finance and climate risk are two sides of the same coin… any prudent investor looks not only at the opportunities in the portfolio, but also the risks, especially of legacy investments,” said Commissioner Caio Koch-Weser, former Vice Chairman of Deutsche Bank. “Clear definitions of what counts as green on the one hand, and transparency requirements concerning carbon risk on the other hand would allow informed investment decisions and help ensure an efficient and smooth low-carbon transition.”

2.   Strengthen policy frameworks and institutional capacities. Better planning and governance can ensure the right projects are selected in the first place, and the right financing is used at the right time.

3.   Transform the financial system through new tools like green bonds and green investment banking, and by greening the existing financial system, including through corporate climate risk disclosure.

4.   Ramp up investments in innovation and deployment of clean technologies to reduce the upfront costs of sustainable infrastructure.