HomeRelated News Planning for yesterday: Why are we building as if we live in a stationary climate?

Planning for yesterday: Why are we building as if we live in a stationary climate? 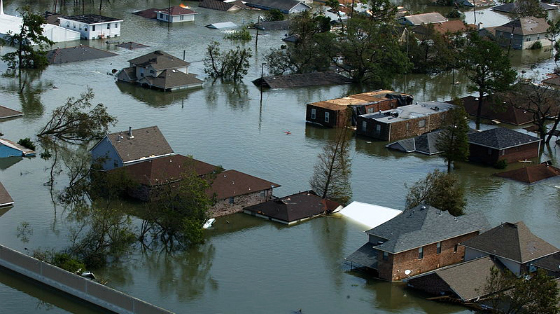 3 April 2017 By Chloe Comments are Off Climate, Real Estate

When planners, architects and designers build major pieces of infrastructure they, very prudently, consider the impact of future extreme weather events. However as thousands of flood victims in the north of England (and millions more around the world) found out in 2015, these measures do not always prevent failure. The reason for this is that it is becoming harder and harder to predict the frequency and severity of extreme events, and much of our infrastructure is still being built using out dated assumptions about the stability of our climate.

The return period itself is misleading when expressed like this. Many people make the perfectly reasonable assumption that a floodwall built to withstand a 1 in 100 year flood will only be breached once every 100 years. That is not the case. In fact (in a stable climate) a 1 in 100 year flood event has a 1% chance of occurring each year. This means that it has a greater than 63% chance of occurring more than once over the course of 100 years.

However severe extreme events appear to be occurring far more frequently than their return periods suggest, with multiple 1 in 100 year events separated by just a few years. This suggests that our ability to predict the severity of extreme events is getting worse.

In 2015 the insurance giant Munich Re estimated that insured losses from natural disasters topped US$ 90 billion. If uninsured losses were added then this figure would be an order of magnitude higher. Extreme events are devastating for those who are affected, damaging livelihoods, property and taking lives. So why is it that, even in rich countries, infrastructure appears to be failing more often when faced with severe weather events?

To answer that it is useful to understand how the likelihood of an extreme event occurring is calculated. It is based on the (relatively) simple mathematics of Extreme Value Theory. This branch of statistics emerged in the early 20th century, as a way for English statistician Leonard Tippett to improve the process of cotton weaving.

Factory owners were frustrated that the cotton looms had to be stopped each time a thread broke on a spool. The cumulative stoppages were costing the industry a lot of money. Tippett found that it wasn’t the average strength of the cotton in a loom that was important in determining the breakage rate, but the strength of the weakest threads. It was the extremes that were decisive. By recording data about breakages over time, Tippett found that he could predict the number of very weak threads from the spread of the stronger ones. 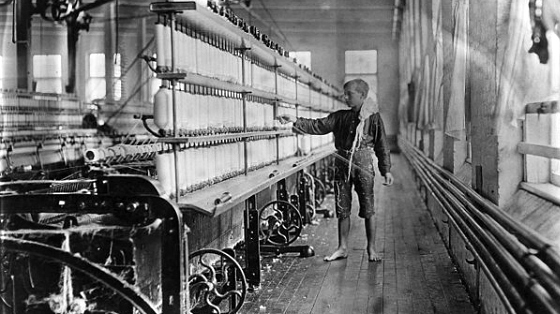 When building the Thames Barrier, a huge tidal barrier that protects London from flooding, planners had to decide how high they would build the retractable wall. They used extreme value theory to help them.

By analysing 100-years worth of historical flood and tidal surge data, they were able to calculate the likelihood of various storm surge heights. This enabled them to build a barrier that can withstand, according to historical records, a 1 in 1000-year flood event (an event that has 0.1% chance of occurring each year).

But extreme value theory has a major problem when applied to weather events: It assumes that the future will look much the same as the past. Because extreme value theory uses data about past extreme events to predict the likelihood of future ones, it cannot account for changes to the base conditions, especially in systems as complex as the climate.

In the past extreme value theory has been successful in predicting the likelihood of extreme weather, in part because humans have enjoyed a relatively stable climate for around 10,000 years. The storms of yesterday looked much like the storms of today. However climate change changes this. We can no longer be sure that the spread of historic extreme weather events will look like those in the future.

The significance of this is profound. It is not just that our infrastructure will have to stand up to more sever storms in the future; it is also now far more difficult to predict the level of protection that is needed. The principal calculation that we use to determine the safe limits for our infrastructure developments is now inaccurate.

The problem is far from just theoretical. In 2009 report the World Meteorological Organisation (WMO) warned that:

“most existing systems for water management and other infrastructure have been designed under the assumption that climate is stationary… New infrastructure is typically designed on the basis of historical information on weather and climate extremes. Often the maximum value of a particular variable in the historical record is considered to be the normative value for the design.”

The implications of our inability to account for the shift in base climate conditions when designing critical infrastructure could potentially be huge. In just one example a study by Dutch researchers found that at least 15% of the Netherland’s primary dyke system does not meet the safety standards that are set down in national law, due to changes in sea height extremes associated with rising sea levels.

The danger of building defences that do not protect to the levels that they claim is compounded by the fact that other areas of planning policy depend on their stated protection levels. So if a flood barrier is built that claims to protect against a 1 in 1000-year event, planners would be comfortable building substantially more high value assets (such as houses, offices, factories and roads) behind it; assets that would never have been built had the impact of climate change been considered correctly.

It is possible to account for climate change when analysing extremes, but there is still some debate amongst scientists as to the best way of doing this. However, it is vital that infrastructure built today take decadal-scale changes into account. Adaptation strategies should be put in place that allow for frequent review of infrastructure preparedness in light of the latest climate change information. Additionally critical infrastructure that has very long lifetimes should also be built with a substantial margin to buffer the impacts of climate change and high-carbon climate scenarios should not be discounted entirely.

Climate change is pushing us into a new world where the old rules do not apply. We must begin to plan and build for a future that may look very different from the past.