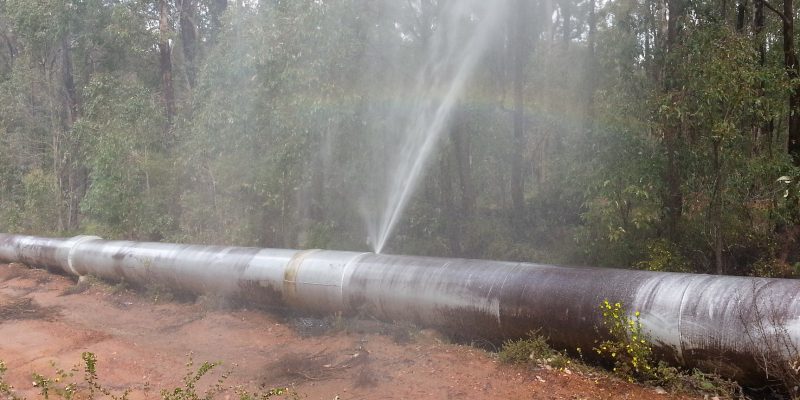 Higher costs of water as a result of droughts and floods linked to climate change are severely affecting corporate financial performance globally.

Companies worldwide are being warned that taking water preservation measures is now vital, and that those whole fail to act are likely to face mounting financial losses.

The Carbon Disclosure Project (CDP), a not-for-profit organisation that tracks corporate environmental performance, says a combination of droughts and floods linked to climate change, plus a tightening of water regulations, are costing companies billions of dollars.

In a new report, Thirsty business: Why water is vital to climate action, CDP says data supplied by more than 600 companies around the world showed that corporate costs related to water amounted to US$14 billion over the last financial year. These costs include preservation measures put in place by many companies.

In drought-hit California, which has been suffering water shortages for several years, the US aerospace and defence firm United Technologies Corporation invested US$1.7 million last year in water-saving infrastructure at its six sites in southern California − where, it says, shortages will be “a permanent condition”.

Global drinks firm Diageo says it spent $2.4 million on water preservation measures at one of its plants in Brazil due to the country’s prolonged drought.

Drought also affected the operations of the US multinational General Motors, which says it incurred costs of $8 million in 2015 due to drought conditions at various locations, and also because of higher utility charges.

But by far the biggest corporate water cost in 2015 noted by CDP was the $10 billion spent by Japan’s largest power company, TEPCO, which is now effectively under state control.

“For a long time, companies have taken water
for granted as a free and plentiful resource”

In 2011, one of the world’s worst nuclear disasters occurred at TEPCO’s Fukushima Daiichi nuclear power plant following an earthquake and tsunami. According to information provided to CDP, TEPCO spent nearly $10 billion in the last financial year trying to solve groundwater pollution problems caused by the tsunami and the subsequent nuclear blow-out.

The CDP report says progress on water issues and on cutting back on climate-changing greenhouse gases (GHGs) has been made by many companies, noting that more than 50% of companies surveyed said that efforts they made to preserve water had also led to reductions in GHG emissions.

Some companies performed well on preservation, while others are described as laggards.

Positive performances have been achieved by conglomerates such as Ford of the US, Bayer of Germany, GlaxoSmithKline of the UK, and the Kao Corporation of Japan.

“The energy sector is a major laggard and the least transparent about water risks,” CDP reports.

It says 77 of the 109 energy companies surveyed did not provide information about their water risk management policies. These included the giant concerns ExxonMobil, Chevron and Shell.

Morgan Gillespy, head of CDP’s water division, says: “For a long time, companies have taken water for granted as a free and plentiful resource. But these assumptions are unravelling as the impacts of climate change gather pace.

“From the $100 billion-worth of energy infrastructure at risk from rising sea levels in Louisiana to Chinese industry facing tightening restrictions on water use, investors are right to worry about the impacts of water risks on their assets.” – Climate News Network