Europeans say they already feel the impacts of climate change 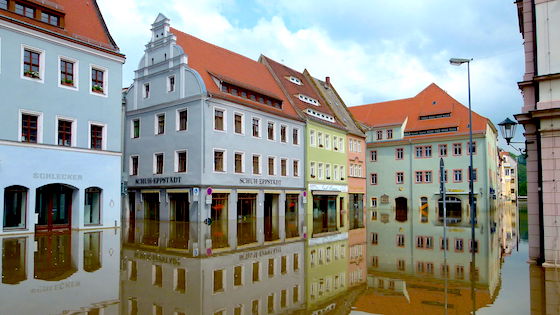 26 April 2017 By Chloe Comments are Off Climate Change, Europe

A new study about climate change perceptions of European citizens in France, Germany, Norway, and the United Kingdom reveals that the majority think their country is already feeling the effects of climate change.

The study, which was written by a team of authors from Cardiff University (UK), Climate Outreach (UK), Institut Symlog (France), Rokkan Centre for Social Studies (Norway), University of Bergen (Norway), and the University of Stuttgart (Germany), also shows that an overwhelming majority of people (83-93%) agree that the climate is changing now.

In 2014, a report prepared by Acclimatise for CDP in 2014 showed that European businesses had already started identifying climate risks to their operations, the most anticipated risk being a reduction or disruption in production capacity. Earlier this year, a report by the European Environment Agency found that climate change is already having wide-ranging impacts on ecosystems, the economy, and on human health and well-being in Europe. Now, the perceptions study confirms that the wider public is feeling these impacts and that they are connecting them to climate change.

The results not only show that the idea that climate change is widely seen as a problem of the future is incorrect, but also that there is strong support from the public for climate action. Measures that were looked on favourably include: clean energy subsidies, giving financial aid for developing countries to build climate resilience, and financial penalties for those countries that refuse to participate and implement the Paris Agreement.

Based on the survey results, the research team produced a set of six recommendations for public engagement: