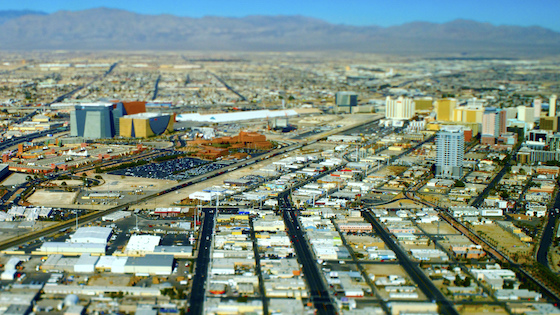 31 May 2017 By Chloe Comments are Off Climate Change, Climate Resilience

Cities are home to half of the world’s population and produce 75% of global GDP, as such municipal governments are central to building a climate resilient economy. During the COP21 climate conference last year, 400 mayors convened to discuss challenges and solutions for urban centres. It was one of the largest climate meetings for local level officials of all time. Considerable attention is given to the world’s megacities when it comes to climate change, however, small and mid-sized cities (300 000 up to 5 million inhabitants) should be equally important on the adaptation agenda.

A matter of size

Why do small and mid-sized cities matter? First of all, their population is growing at a faster rate even than the world’s metropolises. ‘Tier 2’ cities – as smaller cities are sometimes known – are expected to grow by 32% between 2015 and 2030 against 26% for their tier 1 counterparts. The high-growth cities are often located in developing countries, especially in Africa and Asia and experience socioeconomic hardships that increase their vulnerability to extreme weather events.

High population growth combined with high poverty rates increase tier 2 cities’ vulnerability to climate change and its impacts. Informal settlements such as slums are particularly at risk and such areas grow quickly as large numbers of immigrants arrive from surrounding rural areas. This leaves millions living in precarious conditions and exposed to environmental dangers such as floods, droughts, sea-level rise and heat stress.

In developing countries, poor quality infrastructure and governance heightens mid-sized cities’ vulnerability. Poor planning and budgetary constraints make it difficult for cities in developing countries to invest in climate resilience infrastructure. In addition, a lack of data on hazard-prone urban areas makes it difficult to implement adaptation measures. Finally, the fragmentation of urban planning, disaster management and climate change means that there is often no coordinated response to extreme weather events.

The impact of climate driven extreme events on these cities is felt acutely in terms of both human and economic losses. In addition to substantial death tolls, businesses are forced to close and transport is interrupted. In 2006 in Surat, India, home to over 4 million inhabitants, a strong flood in 2006 claimed the lives of over 120 people. Thousands had to abandon their homes, faced food and electricity disruptions, while businesses and schools were shut down.

What are the opportunities for urban planners and policy makers to engage and make smaller cities more resilient? Their size makes them easier to manage than larger cities and therefore the implementation of risk reduction and climate strategies can be integrated more quickly. Global urban policies should highlight the need for smaller cities to benefit from proportional funding to overcome the climate challenges they are facing. Risk management, improved technical infrastructures and physical assets along with additional human resources and strong institutions are all elements to integrate as part of medium-sized cities’ resilience policies.

Acclimatise supported mid-sized cities’ adaptation efforts through its partnership with the Asian Cities Climate Change Resilience Network (ACCCRN). The ACCCRN project aimed to enhance the resilience of over 50 cities in Vietnam, Indonesia, Thailand, Bangladesh, the Philippines and India.

As part of the United Nations’ New Urban Agenda adopted in October 2016, it has been decided that “strengthening the role of small and intermediate cities” was a component of urban spatial development planning and management. This could be a first step in the implementation of a more inclusive agenda on urban resilience to climate change.