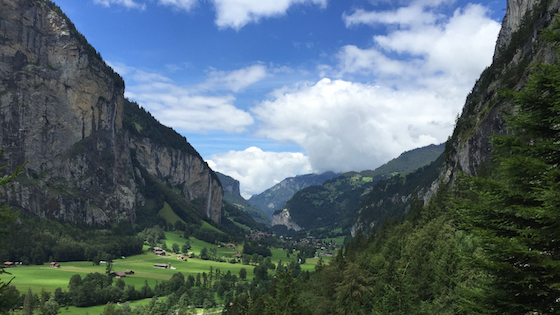 5 September 2017 By Motu Comments are Off Austria, Climate, Climate Change, The Alps, Tourism

The Alps are famous for their pristine slopes, which facilitate many popular winter sports, such as skiing. In fact, one third of every Euro that a tourist spends in Austria, can be traced back to tourism. However, climate change threatens the vitality of the mountainous terrain and the snow conditions that allow the snow sports to thrive. Yet, climate change also presents an economic opportunity because warmer conditions will make the Alps an appealing summer tourist destination.

Climate change will affect the Alps in two major ways: Temperature rise and altered precipitation patterns. Projections show the Alp’s mean temperature will increase at a rate much faster than the rest of Europe. The temperature in areas with elevation above 1500 meters will rise even more rapidly – likely increasing by 4.2° Celsius by the year 2100.

Warmer temperatures will reduce snow and glacier cover, increase run-off, and cause erosion. With warmer temperatures, the Alpine permafrost will melt, thus reducing slope stability and causing massive movements of rock and debris. Glacial lake outburst floods are severe flash floods that occur when a glacier, that is damming a lake, melts away. These floods will become more frequent as temperatures rise in the Alps.

Scientists expect extreme weather events, with heavy precipitation to become more frequent. These changes in precipitation, along with warmer temperatures, will completely alter the hydrometeorological conditions on which the tourism industry relies.

Effect on the industry

These climatic changes will have a particularly adverse effect on winter sports. The number of snow-reliable Alpine ski areas will likely decrease from 666 to 209 because of reduced snow cover and snowfall. Less snow and shorter seasons, along with the increased risk of natural disasters, such as landslides and avalanches, will detract from the Alp’s historic tourist appeal. Climate change will force ski areas to rely on artificial snowmaking, which will also contribute to climate change through the emission of greenhouse gasses.

The Mediterranean has long been the go-to summer getaway in Europe, but as the Mediterranean gets uncomfortably warm, many tourists will rush to the Alps. Projections show that summer tourism will increase in the high Alpine regions, lake regions, and low-lying city regions. Alpine summer sports, such as mountain biking, paragliding, hiking, and summer tobogganing, will become more popular under the improved climatic conditions. Although climate change will cause more frequent natural disasters and increase soil instability, the favorable conditions will counter these risks and actually draw summer tourists to the Alps.

Currently, the main method for adapting the alpine tourism industry to climate change is a technological, short- term approach. The winter tourism sector is the one that mostly uses these technological adaptations. The adaptations include measures such as increasing the use of artificial snowmaking, moving facilities to higher altitudes, and slope development. While these measures will prolong the ski-areas’ profitability in the short term, these methods are unsustainable, and won’t compensate for the degradation of the Alpine slopes. These measures only increase the areas’ economic dependence on winter tourism, which will soon no longer be viable.

Instead, the Alps would be better off employing behavioral methods of adaptation with business and policy-based mechanisms, to encourage sustainable tourism. For example, businesses could form ski-conglomerates, diversify tourism products throughout the year, and market summer tourism over winter tourism. Low-lying ski resorts could begin planning to withdraw from ski-tourism, and move to less intensive winter activities such as snow shoeing. These low-lying resorts will be in the perfect area for summer tourism, therefore the resorts could pre-emptively create products and activities that will attract summer guests.

Increased summer tourism will put a strain on the infrastructure and buildings built for winter tourism, so the government could support sustainable development. For example, rather than building new accommodations for tourists, businesses could retrofit old buildings. This would prevent further environmental degradation and maintain the perception of the Alps as a historic, authentic destination. Resorts could also modify their ski-lifts and cable cars so that summer tourists can ride them to see the Alps’ picturesque landscapes.

Finally, the state could also support sustainable adaption by enacting climate-change mitigation legislation and offering relief in the case of climate-based economic losses. The state could also implement measures to incentivize sustainable behavior from tourists. For example, investing in cleaner, more efficient, and accessible transportation networks will give the Alps a competitive advantage over other popular summer destinations.